We were talking Lion Kind this a.m. Video of my daughter from 3 yrs ago

This completely creeps me out.

Ah Ha. No plans to come through Austin on farewell tour. Bummer

The Go Go's in Austin?


THE GO-GO'S have announced that their upcoming tour will be their LAST.


--The last batch of dates, which they're calling their Happily Ever After - Farewell Tour, will begin with Lilith Fair performances in San Diego and Phoenix on July 7th and 8th, respectively . . . and will run through a July 27th show in Austin.


--The band didn't give a specific reason for breaking things off . . . but it may be to do some more solo work. Lead singer BELINDA CARLISLE will be embarking on a big solo tour later this year. (--Dates haven't been announced yet.)
Of course there's an Austin connection with Kathy Valentine living here. I would definitely give them a nice sweet spot in rock n roll history. I'm there for the Austin show. A vid for nostalgic purposes.

ADAM LAMBERT has announced the dates for his Glam Nation Tour.


--It'll kick off on June 4th in Wilkes-Barre, Pennsylvania . . . and at least for now, it's scheduled to run through July 28th in Costa Mesa, California. More dates will be added later. (--You can find the full itinerary on Adam's site, here . . .)


--The opening acts will be 18-year-old ALLISON IRAHETA, who competed against Adam on the eighth season of "American Idol" . . . and ORIANTHI, the guitar minx who was going to be a part of MICHAEL JACKSON'S "This Is It" shows.
Posted by jb at 4:51 AM No comments:

The Summers American Idol tour dates have been revealed

"American Idol" has unveiled the dates for this summer's Idols Live! Tour. It'll kick off on July 1st in Auburn Hills, Michigan . . . and run through a September 14th show in Pittsburgh, Pennsylvania. (--You can find the full list of dates, here . . .) 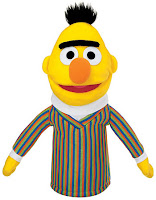 I'm a beer lover, but these beers are way out there. Has anyone had these?

The hard-hitting investigative journalists at "GQ" recently put together a list of the 50 best beers. I knew Anchor Steam, Sierra Nevada, and Sam Adams, but I've never heard of most of them, so this is one of those "beer snob lists."

Today would have been William Shakespeare's Birthday

He is credited with over 8,000 words and phrases that he created that we use in everyday language. Here are some of them:

All our yesterdays (Macbeth)

All that glitters is not gold (The Merchant of Venice)

As good luck would have it (The Merry Wives of Windsor)

Bated breath (The Merchant of Venice)

Break the ice (The Taming of the Shrew)

Brevity is the soul of wit (Hamlet)

Conscience does make cowards of us all (Hamlet)

Come what come may ("come what may") (Macbeth)

Comparisons are odorous (Much Ado about Nothing)

Dead as a doornail (2 Henry VI)

A dish fit for the gods (Julius Caesar)

Dog will have his day (Hamlet)

Eaten me out of house and home (2 Henry IV)

Elbow room (King John; first attested 1540 according to Merriam-Webster)
Farewell to all my greatness (Henry VIII)

The game is afoot (I Henry IV)

The game is up (Cymbeline)

Give the devil his due (I Henry IV)

Jealousy is the green-eyed monster (Othello)

It was Greek to me (Julius Caesar)

Her infinite variety (Antony and Cleopatra)

Hoist with his own petard (Hamlet)

A horse, a horse! My kingdom for a horse! (Richard III)

Ill wind which blows no man to good (2 Henry IV)

In a pickle (The Tempest)

In my heart of hearts (Hamlet)

In a pickle (The Tempest)

In my book of memory (I Henry VI)

Kill with kindness (Taming of the Shrew)

Knit brow (The Rape of Lucrece)

Knock knock! Who's there? (Macbeth)

Laid on with a trowel (As You Like It)

Laugh yourself into stitches (Twelfth Night)

Lie low (Much Ado about Nothing)

Love is blind (Merchant of Venice)

Melted into thin air (The Tempest)

Though this be madness, yet there is method in it ("There's a method to my madness") (Hamlet)

Make a virtue of necessity (The Two Gentlemen of Verona)

Misery acquaints a man with strange bedfellows (The Tempest)

More honored in the breach than in the observance (Hamlet)

More in sorrow than in anger (Hamlet)

Much Ado About Nothing (title)

Murder will out (Hamlet)

Not slept one wink (Cymbeline)

Nothing in his life became him like the leaving it (Macbeth)

Once more into the breach (Henry V)

One that loved not wisely but too well (Othello)

Time is out of joint (Hamlet)

Out of the jaws of death (Twelfth Night)

Own flesh and blood (Hamlet)

Parting is such sweet sorrow (Romeo and Juliet)

Pitched battle (Taming of the Shrew)

A plague on both your houses (Romeo and Juliet)

Pound of flesh (The Merchant of Venice)

Quality of mercy is not strained (The Merchant of Venice)

Seen better days (As You Like It? Timon of Athens?)

Shall I compare thee to a summer's day (Sonnets)

Something in the wind (The Comedy of Errors)

Something wicked this way comes (Macbeth)

Such stuff as dreams are made on (The Tempest)

Sweet are the uses of adversity (As You Like It)

Sweets to the sweet (Hamlet)

Swift as a shadow (A Midsummer Night's Dream

Set my teeth on edge (I Henry IV)

Thereby hangs a tale (Othello; in context, this seems to have been already in use)

To gild refined gold, to pain the lily ("to gild the lily") (King John)

To thine own self be true (Hamlet)

Too much of a good thing (As You Like It)

Trippingly on the tongue (Hamlet)

Truth will out (The Merchant of Venice)

Wear my heart upon my sleeve (Othello)

What the dickens (The Merry Wives of Windsor)

What's in a name? A rose by any other name would smell as sweet. (Romeo and Juliet)

What fools these mortals be (A Midsummer Night's Dream)

What the dickens (The Merry Wives of Windsor)

Wish is father to that thought (2 Henry IV)

The world's my oyster (2 Henry IV)

Yeoman's service (Hamlet)
Posted by jb at 6:57 AM No comments:

Want to ask me anything? Feel free. I ain't skeered

First peak at the new ACL Venue at the W Hotel

I felt bad for playing Intervention Cry Guy, until I saw that someone took it a step further

According to a rscheearch at Cmabrigde Uinervtisy, it dseno't mtaetr waht oerdr the ltteres in a wrod are, the olny iproamtnt tihng is taht the frsit and lsat ltteer be in the rghit pclae. Tihs is bcuseae the huamn mnid deos not raed ervey lteter by istlef, but the wrod as a wlohe. If you can raed tihs, psot it to yuor wlal. Olny 55% of plepoe can
Posted by jb at 7:44 AM No comments:

Damn this is sexy

One of my absolute new favs, Broken Bells

I moved a million times as a kid, don't think I was ever this upset

good point from the CEO of Spirit Airlines

My friend John, who never wants to marry just sent me this

Axel Rose wipes out on stage

Thanks to Lizzie from Sirrah Salon. If you want to get Bieberized or just need a new style, call Lizzie at 512-323-9133 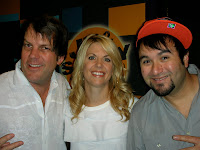 The A-Team is Back!