Lucky to be a judge at the Dell Children's Hospital Prom

Had a great time tonight visiting the Dell Children's Hospital. This is their second annual Prom. Great time with a DJ, dancing, hair, makeup and a dance contest. Here is the picture of the one corner of the Childrens Activity Center that listeners of Mix 94.7 paid for from our Radiothon a few years back 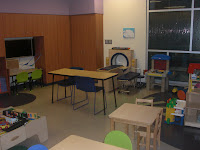 Here are the winners of Best Couple from the Dance Contest, Ian Fullbright and his friend Catherine 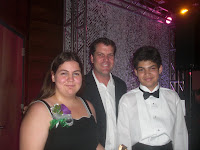 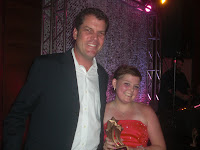 Most Entertaining went to Josh Choppa 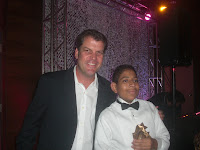 Thanks for having me out to be a part of the Dance Contest. Great kids. 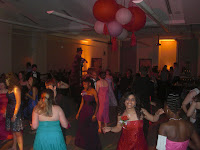 --According to "Business Week" magazine, here are eight of the most-important inventions you can expect to see in the next 10 years . . .


#1.) OCEAN-DRIVEN HYDROPOWER. Dams use the power of rivers to generate electricity. But within the next few years, off-shore turbines will be using the same principle to harness the power of the ocean currents.

#2.) MINIATURE MEDICAL EQUIPMENT. Researchers in the Netherlands say they've developed a pill that can be loaded with medicine and programmed to unload at a specific part of the body.


--And a pen-sized device is being developed at the University of Texas that can detect skin cancer without the need for a biopsy.

#3.) NEW BIO-FUELS. The first round of bio-fuels were made from edible material, which caused a spike in global food prices. But now scientists are starting to create fuel using things like corn stalks, woodchips, and tropical grass.


#4.) TRULY ON-DEMAND ENTERTAINMENT. In the next ten years, cable television and the Internet will merge. And as they do, you'll be able to watch, listen to, or read anything you want, whenever you want.

#5.) SUPER-HIGH-SPEED INTERNET. The Internet is actually SLOWER in the United States than it is in parts of Asia and Europe, but within the next ten years, that's going to change. Soon, high-speed wireless Internet will be available nearly everywhere.

#6.) TINY COMPUTERS. Nanotechnology is allowing scientists to dramatically shrink the size of electronics. And researchers in Chicago recently came up with a new material that can store the equivalent of 250 DVDs on the space of a quarter.

#7.) SUPERCHARGED BATTERIES. Millions of dollars are being poured into research to develop longer-lasting batteries, which we'll need if we plan to end our dependency on oil.

#8.) A CURE FOR CANCER. Nanotechnology is also allowing doctors to make huge strides in cancer, AIDS, and Alzheimer's research. And some scientists think we're less than a decade away from curing those diseases.

My daughter working out with boxing Champ, Jesus Chavez

Jesus Chavez is a great guy and showed my daughter a great time with a one hour workout. Interested in training with Jesus? Shoot me an email at jb@jbandsandy.com
Posted by jb at 4:50 AM 2 comments:

Is Paula Abdul lying about her plane crash years ago

PAULA ABDUL has been talking a lot lately about that plane crash she was in back in the early '90s . . . and how it resulted in her needing multiple back surgeries. (--Somewhere between 13 and 15. The number varies from interview to interview.)


--Well, one thing nobody has done is CALL HER OUT and make her PROVE she was in a plane crash.


--But maybe somebody SHOULD . . . because there appears to be evidence that this plane crash NEVER HAPPENED.


--Well, the National Transportation Safety Board keeps a list of all plane crashes . . . and there's NOT one anywhere in the state of Iowa on June 19th, 1993.

--You can check for yourself at either of these two searchable databases . . .


--If you've been wondering why we only heard about this plane crash YEARS after it supposedly happened, Paula says it's because she KEPT IT OUT OF THE MEDIA.


--She was on tour, and at the height of her career, and she didn't want people knowing about it. In fact, she claims she was back onstage within days of the crash.


--Also . . . Paula claims that her plane was bound from St. Louis to Denver. Would it have any reason to fly over Iowa???

(--Iowa borders Missouri on the NORTH. Denver is DUE WEST. I've heard of some crazy stopovers, but this one would make ZERO SENSE.)

Look at how these pictures start out, and where they end up

this vid is so silly, but makes me laugh

Hulk Hogan getting kissed by his girlfriend and his daughter. Which is which? 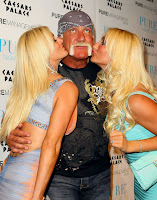 Have you ever seen Julia Roberts tattoo? Her kids names on her lower back.