Have you heard Rap Chop?

You think we're a little overprotective here in the U.S.? Check this out

Recent pics of MJ's kids, of course sporting their masks 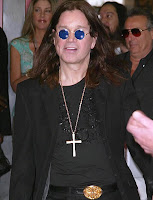 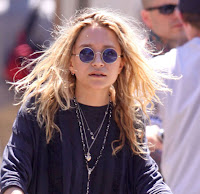 Fergie. Genius or Freak? Check this out.

This is ridiculously interesting to me. My wife is working on some fundraising for the Austin Childrens Museum. They have their Gala this weekend and they have done something incredibly cool. They got some celebrities, local and national, to sign their favorite childrens book to be auctioned off. I was looking at the books that had been signed. Including Curious George signed by George Bush! Well, you know the pop star Fergie, of the Black Eyed Peas? And of course mega star in her own right. She signed the inside of a Book and you HAVE to see it. It's as if she has created her own language. I've scanned the front of the book and what she wrote inside. See if you can read it. 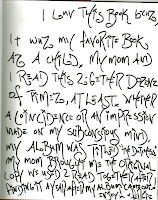 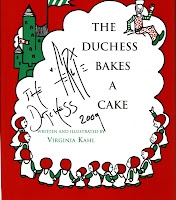 The Children' Museum Gala (Imaginarium) is this Saturday at 7:00 at the Historic Browning Hangar at Mueller. People can find out more at the Austin Children's Museum website www.austinkids.org and click on Imaginarium

Love me some new music

About once a month I duck into Waterloo records and go on a cd buying binge. I was a couple months overdue. Here's what I picked up today:
I am a big fan now of the Hold Steady. Saw them during SXSW. I had only heard their new cd prior to that, so I picked up.
Hold Steady - Almost Killed Me
Hold Steady- Separation Sunday
Hold Steady- Boys and Girls in America
Also,
Willie Nelson- Naked Willie
Silverspun Pickups- Swoon
Fastball- Little White Lies
Gomez- A New Tide
Blue October- Approaching Normal
My Morning Jacket- Celebracion De La Ciudad Natal
Yeah Yeah Yeahs - It's Blitz
Posted by jb at 8:10 PM 2 comments:

So pretty, these six women were busted for prostitution in Mississippi... nice 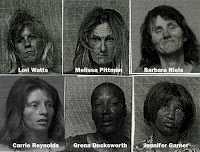 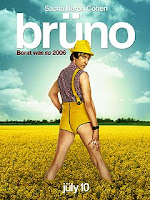 Awesome prank. Sending a stripper to your 10 yr reunion in your place

this is NOT cute. completely creeps me out. Probably a church with a rock band.

This is so disgusting it's kinda cool

Snakes on a plane, overdubbed for television.

Don't you love it when they take great lines like "Get these MF Snakes of this MF plane" and dummy them down with overdubs for television. This is a classic one.

Next Time, sing your order at Taco Bell

No lie, this is Alex's sign from God. Do you see the Jesus on the UPS van. This really happened to him

A school of Dolphins block Somali pirates from a ship

4 Types of People we referenced today

IT TURNS OUT YOUR PERSONALITY WAS DECIDED AT BIRTH:


Most of us like to think we've had a hand in FORMING our personality. But it turns out that's NOT actually the case.


--Researchers at the University of Hull in England examined the brain structure of 85 different people . . . and compared that information with each subject's personality profile.


--What they learned is that a person's personality is directly linked to their brain structure . . . which was already determined at birth . . . and that we each fall in ONE of FOUR personality types. So what are the personality types?


#1.) "Novelty Seeking": Which means you're characterized by impulsive actions.


#2.) "Harm Avoidance": That means you're characterized by pessimism and shyness.


#3.) "Reward Dependence": This one basically means you have an addictive personality.


#4.) "Persistence": You're characterized by industriousness, hard work and perfectionism.


--A woman named Professor Annalena Venneri led the study. She says, quote, "This study shows that personality traits are something you are born with, but their full expression can be modulated during development with the right approach."


--In other words, it's not entirely your fault if you're a total jerk . . . because you were born that way. But, by this point, you're probably stuck being an a-hole for the rest of your life. (--Have fun with that, you jerk!) (New Zealand Herald)
Posted by jb at 9:52 AM 1 comment:

did you see the "Boob grab" during the Masters this weekend.

Did you know Kathy Griffin has a smokin hot bod? She's 48 by the way

White people have run out of ways to entertain themselves

Raleigh cruising on her Rip Stick

25 Random things about me as written by my wife, Erin

He gives to various charities every month even when we don't really have it to give.
He is extremely quick witted and clever.
He shared his love for me for the very first time by writing "Erin, I love you" on the screen saver of his computer in his apartment.
He took me to a Thai restaurant for one of our first dates and I thought the soup tasted like vomit. He then left it by my front door the next morning as a cruel joke.
He grew up with nothing which has a lot to do with why he spoils our daughter so much.
He is a very talented writer.
He never fails to be the person that makes the most inappropriate comment when we are with a group of people.
He exists on about 4 hours of sleep a night.
He will never dance and will tell you that if you see him dancing, to call him a cab because he must be drunk and about to pass out.
He gives me everything I ask for.
He is a great dad that encourages our daughter to do anything she is passionate about.
He is a loyal friend.
He looses it in traffic.
He grew up with three sisters that totally broke him in for me...thank you Stephanie, Chris and Nikki.
He has a very sick and twisted sense of humor.
He can't ever say no to a beer or a tequila shot.
He could watch Woody Allen and John Hughes movies all day.
He is an avid reader.
He apparently has no idea what the dirty clothes hamper is for.
He is a sucker for gadgets.
He has terrible aim when it comes to peeing in the toilet.
He can't eat cheese.
He won't admit it, but he's a good singer.
He likes hip jeans just as much as I do.
He still leaves me love notes.

The tackiest prom dress ever. Do you understand why? 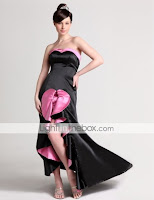 Check out the trailer for the new Justin Timberlake reality show "The Phone".

A while back, we heard that JUSTIN TIMBERLAKE was producing a reality series for MTV called "The Phone". On the show, random people would be invited on a mysterious "mission", after answering a strategically hidden cell phone.

This is what Sandy brought in for "I have something I'll put in my
mouth that you guys won't". So far sandy, alex and I have done it
Posted by jb at 7:46 AM 1 comment:

A first look at the girl Madonna wants to adopt